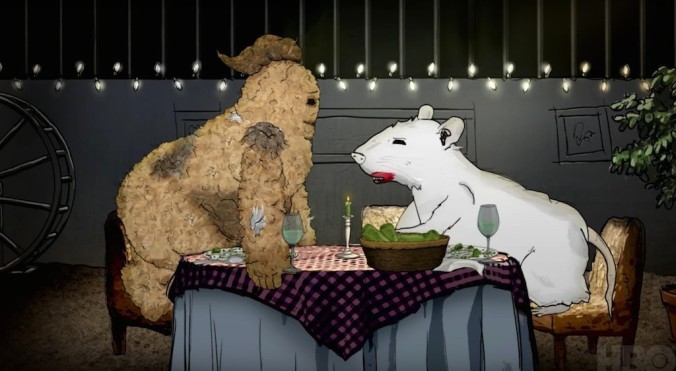 “Phil Matarese and Mike Luciano created, write, direct, and voice each episode of the animated series Animals on HBO. The duo might still be creating branded content for an advertising agency in NYC if not for the pigeons preening outside of their SoHo office window. Inspired by the city birds, they made an animated short film, giving the pigeons dry humor and personalities. A version of the pilot episode “Pigeons” won Best Comedy Pilot at the 2013 New York Television Festival and caught the attention of Mark and Jay Duplass, who signed on as executive producers. In season 1, Matarese and Luciano imagined and animated an inner life for flies, cats, squirrels, turkeys and more. Season 2 of Animals debuts on HBO tonight with a host of new creatures and crises. Phil and Mike took some time to reflect on the wild life.”

READ THE FULL INTERVIEW ON SPLITSIDER