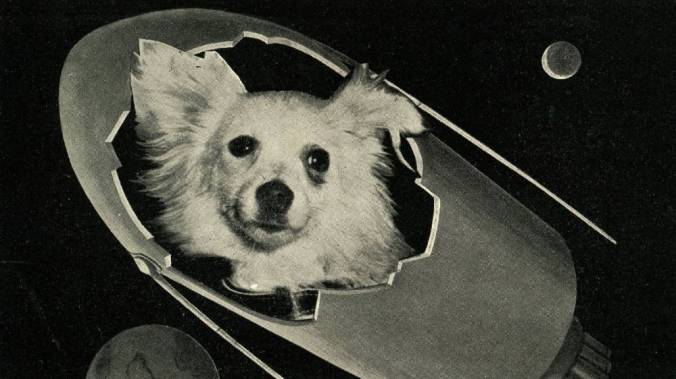 “In the aftermath of World War II, the USSR and the USA became locked in an ideological conflict between socialism and capitalism. Determined to demonstrate the superiority of the socialist way, the USSR launched a secret space program. Eventually a human cosmonaut would fly into outer space, but first came Laika—a dog.

Laika’s launch was kept a secret until a few days before take-off. As Russian feminist art historian Olesya Turkina explains in her book, Soviet Space Dogs, “the secrecy of the space program was justified by the notion that socialism could not be seen to fail in any of its endeavors. In this sense, space travel was the most imperative achievement of such a society.” According to the official Soviet story, the valiant little mutt launched into orbit, died a heroic death, and became the first icon of space exploration.”

Thank you to Olesya and Damon for taking the time to answer my questions and for creating such a special book. Check out FUEL Publishing’s “Soviet Space Dogs” by Olesya Turkina, published by Damon Murray and Stephen Sorrell.