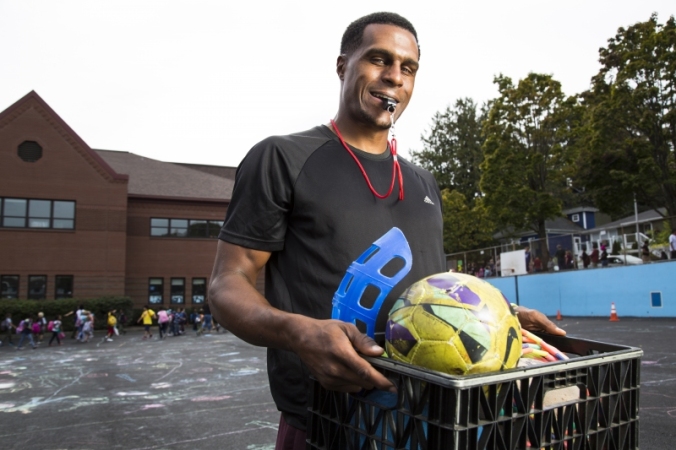 “Gabriel Rapier could really use a roof. Nothing fancy, just a simple shelter so the kids he coaches in Seattle’s Central District can come play at Judkins Park, rain or shine. He swears they only need it for the rain, but watching the kids guzzle water on a sweltering summer day, it was clear they could use it for the shine, too.

But Rapier won’t let a little inclement weather stop him from making positive change in his community. He’s resourceful. Recognizing a need for an affordable alternative to expensive youth premier soccer leagues, he co-founded Puget Sound Futsal 10 years ago. Futsal is a sport similar to street soccer, but with a heavier ball on an enclosed hardtop. It can be played indoors or outdoors, and has short, narrow goals and five players per side.”